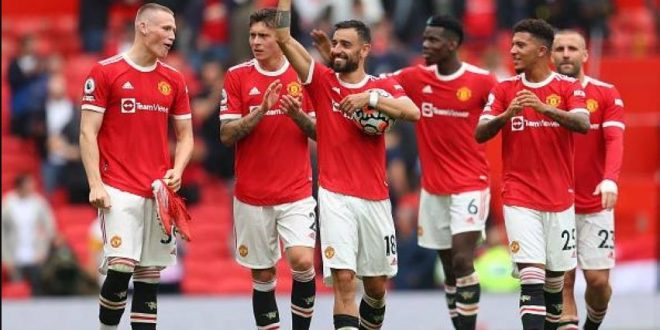 British press reports stated that Manchester United is considering contracting the Barcelona midfielder, in anticipation of the departure of Frenchman Paul Pogba.

The 28-year-old’s contract with Manchester United will expire at the end of the current season, and the French player refuses to stay with the Red Devils unless he gets a higher salary than Ronaldo.

And according to what was reported by the British newspaper, The Independent, the Manchester United administration is studying the opportunities to sign Dutch midfielder Frenkie de Jong, the Barcelona midfielder.

The newspaper claimed that Barcelona’s new coach, Xavi, was not a big fan of De Jong and Barca could look to weed out the Dutch international as they still need to cut their salary bill.

The report indicated that the Dutchman’s position in the Barcelona team is in jeopardy after the emergence of Pedri and Jaffe, two of the club’s brightest academy players in recent years.
It is reported that De Jong joined Barcelona in a deal worth 65 million pounds from Ajax Amsterdam in 2019, and is linked to a contract with the Blaugrana until 2026.