Xavi's brother talks about the player who deserved the opportunity and comments: He will give us what we want
أخبار عاجلة 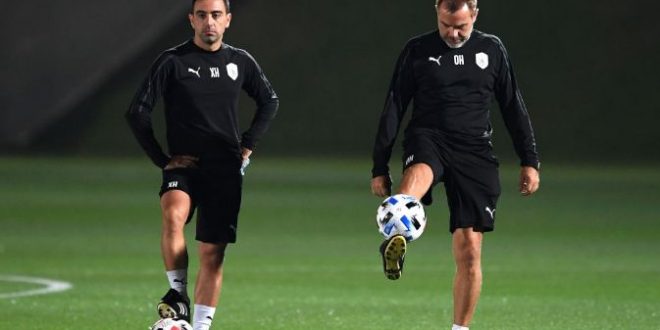 Xavi’s brother talks about the player who deserved the opportunity and comments: He will give us what we want

gool ‏أسبوعين مضت barcelona التعليقات على Xavi’s brother talks about the player who deserved the opportunity and comments: He will give us what we want مغلقة 91 زيارة

Barcelona assistant coach, Oscar Hernandez, spoke about his brother Xavi Hernandez’s reliance on Moroccan player Elias Akhmash as a mainstay in the Catalan derby against Espanyol, which ended with the Blaugrana winning (1-0) at the Camp Nou.

Oscar told the club’s official channel: “He is a (right) winger who runs a lot and is good at playing one against one.”

“This is what we want from him, given our approach, and he is a player who deserves the opportunity.”

Then he concluded, “I think it will give us what we need (in the next matches).”

It is noteworthy that Elias Akhomach (17 years old) made his first appearance with the first team of Barcelona, ​​​​by participating mainly in the “Catalonia derby”, while Abdel Samad Zalzouli (19 years old) made his third appearance with the Blaugrana, as he went to the pitch as a substitute in the second half. (He also participated as a substitute in the matches Deportivo Alaves 1-1 and Celta Vigo 3-3).