Barcelona is trying to take advantage of Coutinho to win the strong deal from the English Premier League, and clubs on the other side are expressing their opinion on the exchange
أخبار عاجلة 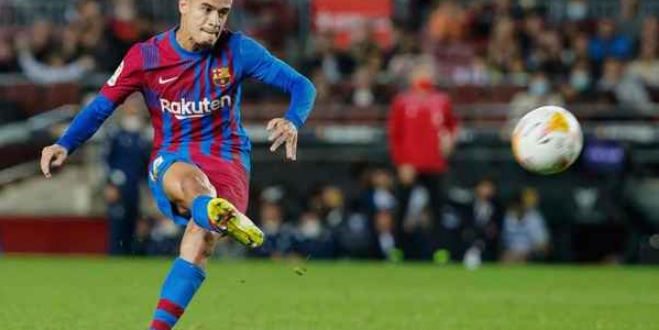 gool 30 نوفمبر، 2021 barcelona التعليقات على Barcelona is trying to take advantage of Coutinho to win the strong deal from the English Premier League, and clubs on the other side are expressing their opinion on the exchange مغلقة 84 زيارة

Barcelona continues its quest to include a distinguished striker or wing and focuses its efforts on the winter market, as the Brazilian Blaugrana officials offered Philippe Coutinho to reduce the cost of some of the operations it is conducting, and the club asked about the position of many of the City and United strikers.

Last week, it was known that Matteo Alemani, director of football and Ferran Riverter, Barcelona CEO, to Manchester to test some deals, and the club negotiated with both City and United, the main objective of the trip was to study the feasibility of signing City striker Ferran Torres.

The former Valencia striker is the great target, but he’s not the only one. Guardiola’s other winger, Raheem Sterling, is also loved by Xavi.

Barcelona also asked United about several footballers, Martial and Cavani, who are not usually key players, and in all operations, both with City and United, FC Barcelona put the name Coutinho.

The Brazilian scored a penalty kick against Villarreal on the last day but it comes from the substitute league, and Coutinho is also the player with the highest salary in the team, even ahead of Dembele, another player who gets the best salary in the first team.

The response of United and City regarding Coutinho, has not been positive at the moment, and both clubs prefer the option not to include players and receive money in exchange for a transfer. City are open to negotiating Ferran Torres but not at any price. The 21-year-old) is also raising his value recently, and the English club is asking about 80 million, a figure that Barcelona does not think in any way in the January market nor in the next summer.

Barcelona faces many problems scoring goals and is looking in the market for players who can give an immediate performance.