After being deprived of the fans by a government decision .. Bayern Munich receives the second blow before the Barcelona match in the Champions League with the injury of Dynamo
أخبار عاجلة 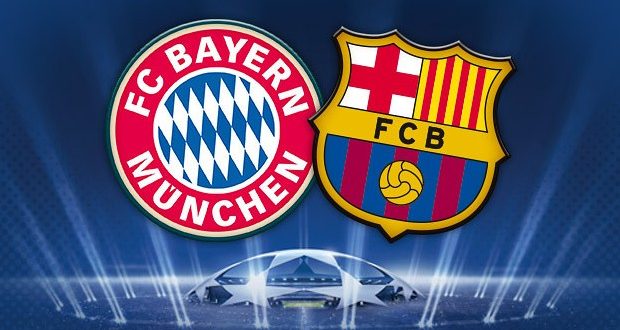 After being deprived of the fans by a government decision .. Bayern Munich receives the second blow before the Barcelona match in the Champions League with the injury of Dynamo

gool 3 ديسمبر، 2021 barcelona التعليقات على After being deprived of the fans by a government decision .. Bayern Munich receives the second blow before the Barcelona match in the Champions League with the injury of Dynamo مغلقة 689 زيارة

Barcelona fans are looking for a glimmer of hope that will bring them closer to achieving their hard dream this season by overcoming the hurdle of Bayern Munich in order to qualify for the round of 16 in the Champions League.

And it seems that there are indications that are taking place in the interest of the Barca team before their difficult battle against the German team in their home in Bavaria, and bringing the dream of all Barca fans closer.

According to the German newspaper “Bild”, Leon Goretzka, Bayern Munich’s midfielder, was injured with the Bavarian team.

Goretzka, 26, moved to Bayern Munich in 2018, coming from Schalke 04 on a 4-year contract, and the Bavarian team succeeded in renewing his contract again until 2026.

The German newspaper reported that Goretzka suffers from a thigh injury that prevented him from training with Bayern Munich.

The newspaper said that it is possible that Goretzka is not ready to face Borussia Dortmund in the German League and Barcelona in the Champions League.

It is worth noting that Bayern Munich has booked its place in the round of 16 in the Champions League, and Barcelona, ​​Benfica, and Dynamo Kiev are competing for the second seat.

The officials of the German province of Bavaria had issued a decisive decision regarding the match of their team Bayern Munich against its counterpart Barcelona in the Champions League competitions.

Where the Bavaria government decided officially to prevent fans from attending the Bayern Munich-Barcelona match.

Markus Söder, Prime Minister of the German province of Bavaria, stressed that the masses are prevented from attending the upcoming confrontation, in light of the large outbreak of the Corona virus in the province, and fears of large gatherings with the onset of winter.

Soder said: “It is necessary that we restore the closure nationwide, and if that does not work, we will do it at the level of Bavaria.”

“Football is very important for everyone, but we have to reduce gatherings everywhere,” the head of the German province added.

And this procedure will be activated at least until the end of this year, during which time Bayern Munich will play two matches at its home in the German League, in addition to facing Barcelona.

Bayern Munich has already booked the ticket to the last 16, while the struggle was limited to the second qualification ticket for the final price between Barcelona and Benfica.

It is worth noting that Barcelona faces three scenarios in order to be able to reserve its place in the round of 16, and they are:

1- The victory in the last round against Bayern Munich, regardless of the outcome of the match between Benfica and Dynamo Kiev.

2- A draw with Benfica stumbling, whether in a loss or a draw with Dynamo Kiev.

3- Losing to Bayern Munich, with Benfica not beating Dynamo Kiev.