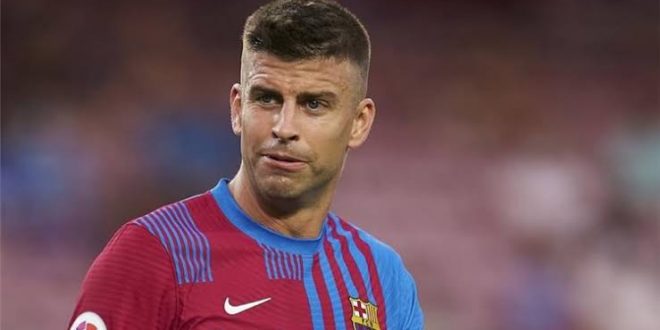 Spanish international defender Pique always shows his eternal hatred and hostility to the Real Madrid team in any sporting forum by making fun of them.

In this context, the veteran defender made resounding statements about his rivals, Real Madrid, in which he said: “Barcelona, ​​as always, is at the front, always above Madrid.”

Pique added: “Barcelona has been ahead of Madrid for years. We have a women’s division that has achieved many successes, the last of which was their victory in the last Clasico.”

The Barcelona team is scheduled to meet its counterpart, Al-Che, in the seventeenth round of the Spanish League, on December 18, at 7:30 pm Cairo time.