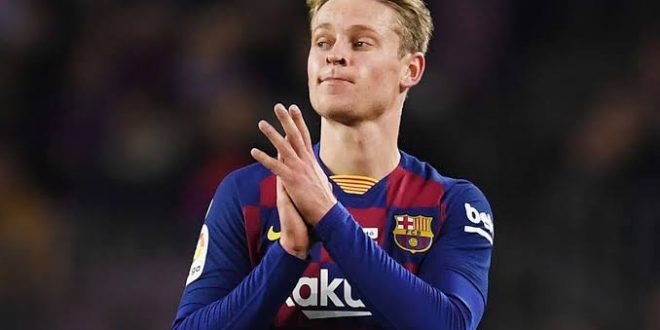 Spanish press sources reported that the Catalan club’s management stands in front of the desire of Barca coach Xavi Hernandez and welcomes the idea of ​​the departure of one of the Blaugrana players in the next January window, under the pretext of strengthening the team’s ranks with fiery deals this season.

The Spanish Barcelona administration is trying hard to provide large sums of money in the winter market so that it can conclude important deals for the team by selling more than one player, and this contradicts the plans of coach Xavi.

And according to what the famous journalist Ikrim Connor published: Paris Saint-Germain wants to sign Frenkie de Jong to replace Wijnaldum, who suffers within the French team from a lack of participation.

The famous media explained that Barcelona coach Xavi Hernandez expressed his adherence to the departure of the Dutch star Frenkie de Jong, but the team’s management wants his departure to benefit financially from the player, especially after Paris Saint-Germain’s interest in including the player.

It is worth noting that Barcelona is facing a series of disappointing results this season, especially after its humiliating exit from the European Champions League with three clean goals, in addition to its presence in the 8th place in the Spanish League with 24 points.