Spanish news agency EFE: Manchester United are close to losing the young striker, and the player welcomes the move to Barcelona
أخبار عاجلة 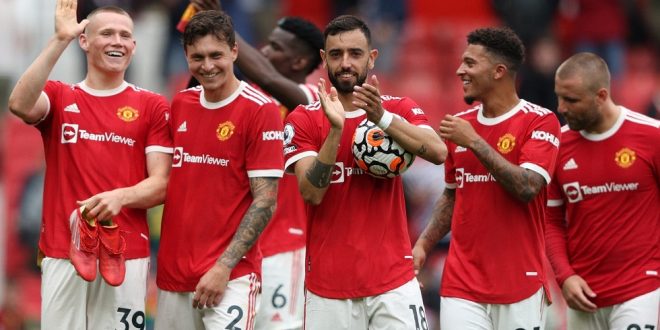 Spanish news agency EFE: Manchester United are close to losing the young striker, and the player welcomes the move to Barcelona

The current period, before the opening of the winter transfer market window, is filled with many resounding surprises in the world of the round witch.

And the last summer transfer season carried with it two strange events represented in the departure of Lionel Messi from Barcelona and the return of Don Ronaldo to Old Trafford Castle again after a professional journey that lasted for more than 12 years.

But it seems that the next winter transfer season will also be full of strange events, foremost of which is the desire of the Manchester United sniper to leave the English club and join the Barcelona team.

And according to what was published by the Spanish news agency EFE, the English player Marcus Rashford, the Red Devils striker, welcomes the option to join Barcelona, ​​which he was previously interested in.

She stated that Rashford did not participate due to injury this season, only in 11 games with Manchester United in all competitions, and scored 3 goals and sent a decisive pass.

The 24-year-old English striker’s contract with the British team is set to expire in the summer of 2023.

It is worth noting that the England star participated in 282 matches with the Red Devils, scored 91 goals and sent 57 assists.