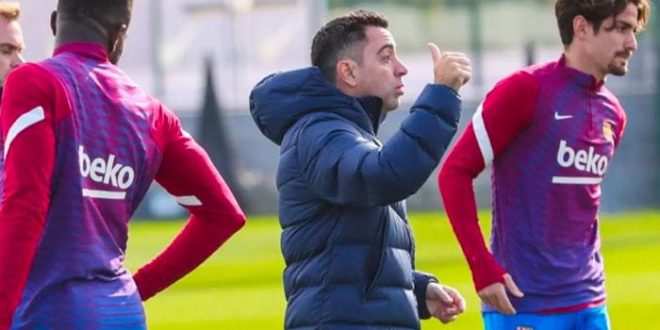 Barcelona coach Xavi Hernandez continues his plan to search for strong attacking elements to support his team, Barca, in the January transfer window.

The Catalan club suffers from a numerical shortage in the center of the team’s offensive line after the injury of the duo Fati and the Danish Martin Brighton, and the Dutchman Memphis Depay recently joined them, in addition to the exit of striker Luke de Jong from the accounts of coach Xavi.

In this context, Spanish press sources reported that Barcelona coach Xavi Hernandez wants to sign the jewel of the Italian League.

And according to what was published by the “SER” website, Xavi loves Fiorentina’s striker Dusan Vlahovic, and wants to bring him to Barcelona, ​​in order to strengthen the team’s ranks during the upcoming winter transfers.

And the site indicated that Xavi Hernandez is determined to include the Fiorentina striker to Barcelona next January.