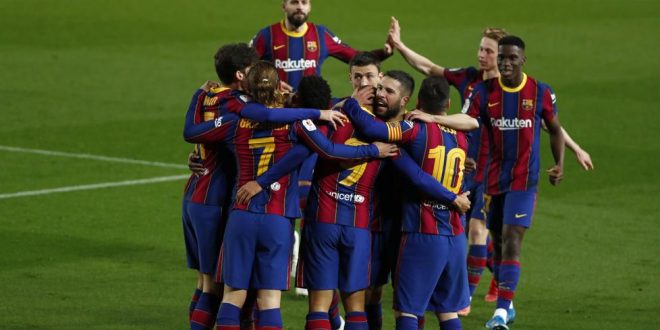 Real Madrid, taking advantage of the crisis exposed to its eternal rival FC Barcelona, ​​seeks to include one of the jewels of Alamasia, Elias Moriba, during the current transfer period.

Barca will meet with representatives of Moriba within two days to put points on the letter regarding his future, and in light of the meeting, the player’s position at the Camp Nou will be determined either by renewal or by remaining on the bench for the whole season, and then leaving the club for free in June 2022.

The Spanish radio network, Cadena Ser, reported, this evening, Wednesday, that Real Madrid is very interested in knotting together.

Sir explained that there is a state of fear in Barcelona’s offices at the idea of ​​​​Moriba’s departure, as the club knows that Real Madrid is seeking to obtain his signature next summer in a free deal.

Real Madrid is aware of the quality of the young talented young player after the emergence of his star last season at the Camp Nou, so they seek the Hawalaka.