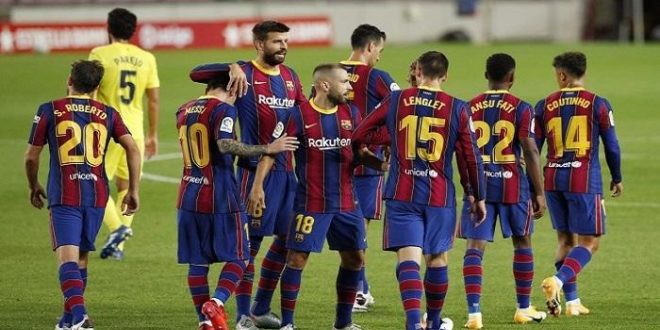 The Spanish newspaper “Sport” confirmed that the Barcelona team has three goals in the current summer transfer period, as it seeks to sign three other players before the Mercato closes next month, in order to strengthen its ranks in preparation for the new football season.

The newspaper revealed the centers that the Spanish team focuses on in its assignments, as it needs an average field, a left back and a striker, in addition to keeping the Argentine star Lionel Messi, whose contract expired at the end of last month.

Barcelona had already completed the inclusion of four players, Spanish defender Eric Garcia and Argentine striker Sergio Aguero, both from Manchester City, in addition to Dutch striker Memphis Depay from Lyon, France, all three in a free transfer deal, and Brazilian Emerson from Real Betis.

The administration believes in the need to bring about a revolution this year, by preparing a good team to compete for the “podium” during the new season, and for this it will have to start the issue of reducing the wages of the current players or dispensing with some of them to achieve these assignments, as the newspaper indicated that time remains tight for club in order to make all of this happen.

The Barcelona administration is in a strong position to pressure the team’s stars to persuade them to reduce their salaries by using the paper of the first team star Lionel Messi, who made great financial sacrifices, to enable his club Barcelona to renew his contract.

A number of Barcelona’s pillars refused earlier, to make concessions to facilitate the renewal process for Messi, but the Argentine star’s agreement to reduce his salary in half will make them in a weaker position in front of the administration and the fans.