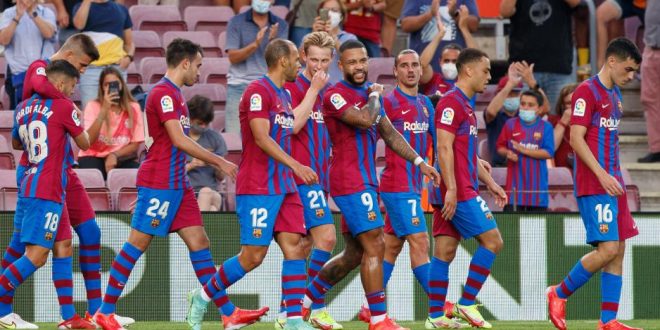 gool 17 أغسطس، 2021 barcelona التعليقات على A ɱysteri0us beɧavį0r by the tw0 Barcelona stars in the first match without Messi, so d0 they mȩąn to ʂȩnɖ a mesʂąge to him مغلقة 418 زيارة

During Barcelona’s 4-2 victory over Real Sociedad in Sunday’s match in the first round of the Spanish Football League, Barcelona duo Gerard Pique and Sergeroberto sparked controversy. The two players scored the first and fourth goals of the match, and celebrated by kissing the club’s crest, which raised doubts about the possibility of indicating the departure of their colleague Former Argentine Lionel Messi, to the ranks of Paris Saint-Germain. During the current summer market. While others saw that Pique meant by referring to a reduction in his salary, which allowed his club to register its three new players in the “League”. 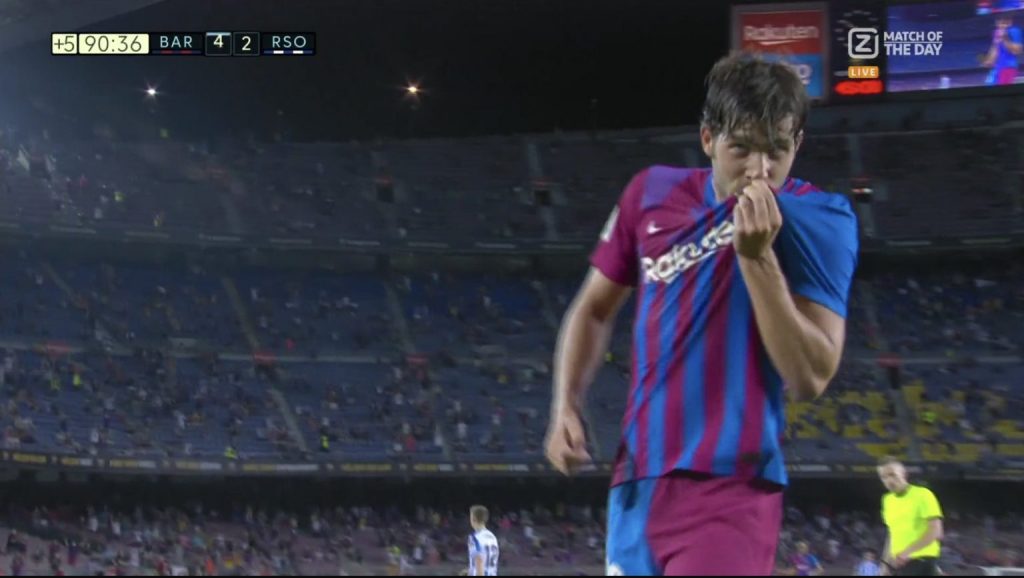