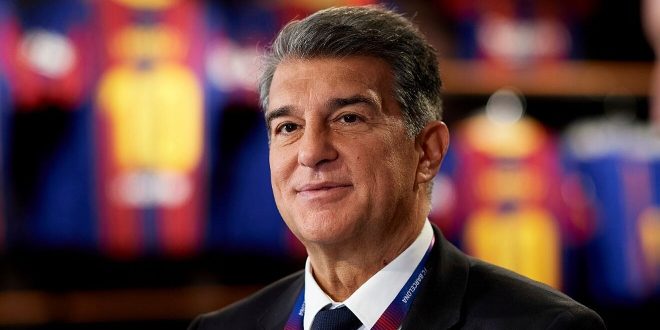 After a long period of tug-of-war between the two sides, and after the club got what it wanted, Barcelona finally got rid of the crisis of its young, rebellious player, Moriba.

The German Leipzig has completed the medical examination of promising midfielder Ilich Moriba in preparation for his transfer to his ranks from Barcelona, ​​​​and an agreement was concluded with the Spanish club on the details of his transfer.

This comes according to what Fabrizio Romano, a journalist for “Sky Sports”, said, who confirmed that Leipzig had prepared for this reveal even before the details were finalized, because he did not want to risk wasting time before the end of the transfer market.

And Moriba’s agent reached an agreement on personal terms with Leipzig, and Romano denied the presence of Tottenham Hotspur in this race in the first place, contrary to what was rumored recently.

Finally, Leipzig has completed its agreement with Barcelona, ​​where the player will fly today in preparation for signing and conducting a medical examination tomorrow morning.

According to Romano, the value of the deal amounts to 15 million euros, and much of the credit for resolving this crisis goes to Moriba’s agent.

The midfielder appeared with the first team of the Catalan club last season under the leadership of Dutch coach Ronald Koeman, but the length of the negotiation period with the club to renew his contract, which expires next year, caused a public clash between him and the new administration headed by Juan Laporta.

It is reported that Barcelona had decided to return Moriba to the second team and deprive him of representing the first team until this crisis is resolved, as Laporta said that it was unacceptable for the club to raise a player and then this player refused to renew his contract, leaving the club in an embarrassing situation in the last year.