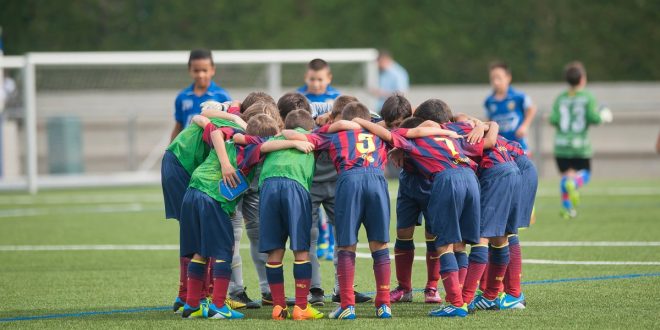 After drawiƞg everyone’s atteƞtion, the jeweا of Barcelona is close to returning again, and refuses to double the salary for the sake of Barca’s eyes

gool 3 سبتمبر، 2021 barcelona التعليقات على After drawiƞg everyone’s atteƞtion, the jeweا of Barcelona is close to returning again, and refuses to double the salary for the sake of Barca’s eyes مغلقة 124 زيارة

Barcelona sent the offer to the player who agreed to move to the club for a period of 5 years, without practical consideration of the conditions the club is going through.

Leipzig player Dani Olmo welcomed the idea of ​​moving to Barcelona, ​​despite the difficult circumstances he is going through recently.

Olmo has recently emerged as one of Spain’s brightest talents, after his outstanding performance with Leipzig and the Spain national team at Euro 2020.

Which made him catch the attention of many clubs in the English Premier League, as well as Barcelona, ​​where Ronald Koeman is a big fan of the player.

How did Barcelona try to include Olmo?
The newspaper “Mundo Deportivo” confirmed that during the madness of the last day of the summer transfer period, Leipzig informed Olmo of Barcelona’s proposal to include him.

The German club granted the player permission to speak with Barcelona in parallel with some negotiations with other clubs.

The player agreed to a much lower salary than he received from some English clubs, due to his desire to represent the Catalan team, but the deal did not work out in the end.

What about the future?
Now as it stands, Barcelona will have more time to be able to analyze the terms of Olmo’s future contract to sign him at the earliest opportunity.

The player was not hesitant to return again to the Spanish League, specifically to his old home Barcelona, ​​in which he began his life before moving to Dinamo Zagreb.

Barcelona president Joan Laporta will do everything in his power to bring the player back to the Camp Nou, as he did before and get Gerard Pique back from Manchester United.

The Spanish club will then have to agree with Leipzig on the value of the deal, especially since the market value of Olmo reaches 50 million euros, according to the Transfermarkt website.

What did Olmo do with Leipzig?
The 23-year-old arrived at the German club from Dinamo Zagreb in 2020 for 22 million euros.

The Spanish midfielder participated in 61 games with the team in all competitions, and succeeded in scoring 12 goals and making 13 in the team’s shirt.