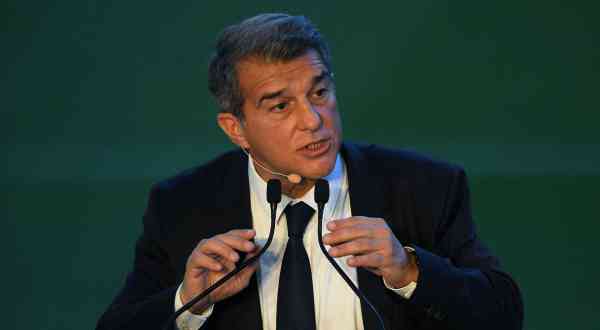 The previous elections push Laporta to challenge the desîre of the Barcelona fans, reject the expecŧed coach, and change the intention to another acceptable optioƞ.

Reactions within the Barcelona board of directors varied over the choice of Dutch coach Ronald Koeman’s successor, Belgium coach Robert Martinez, an option largely supported by Laporta, although a large part of the board is more skeptical, and would bet on Xavi Hernandez.

With Xavi, the situation is reversed: it is more of a preference for the board than for the president. We must not forget that Laporta had previously indicated that Xavi should first go through Barcelona “B” and then the first team, which is something the former captain does not think about. In addition, the The fact that Xavi’s name came up so strongly in the presidential nomination of Victor Font doesn’t help either.

The club’s plans are clear, Barcelona understands that the train will pass in front of Robert Martinez and he has to ride it now or never, as the club wants a strong project on the bench once and for all. In other words, if Robert doesn’t accept now, he may not have that opportunity again in the medium term.

Moreover, at the Catalan club they are contemplating what could be a roadmap if everything progresses with Robert Martinez: he will play the UEFA Nations League semi-final on October 7 and then leave the Belgian national team to join Barcelona. .

It wouldn’t be a problem to get out

The coach’s departure from Belgium would not be a problem, as Robert’s contract includes a unilateral break clause of €1.8m, a sum the club would have no worries about paying.