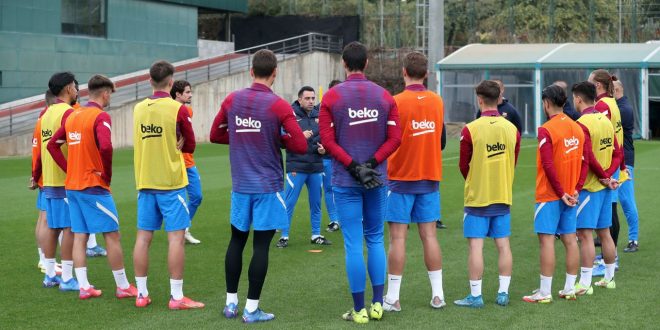 Xavi assumed responsibility for training the Catalan team, succeeding the Dutchman, Koeman, who was sacked at the dawn of a new era for 6 players who were about to leave.

But with the arrival of the new coach, Xavi Hernandez, they clung to the opportunity and became more fortunate to participate with the team after suffering in the presence of Koeman.

Xavi delivered a reassuring message when he himself said that each player starting in the same place and having an equal chance of impressing him, would be music to the ears of some of his team members.

And the Spanish newspaper “Marca” wrote a report, in which it indicated that there are 6 players who can benefit from Xavi’s taking over as Barcelona coach.