Suarez to Simeone: You idiot, it's always the same
أخبار عاجلة 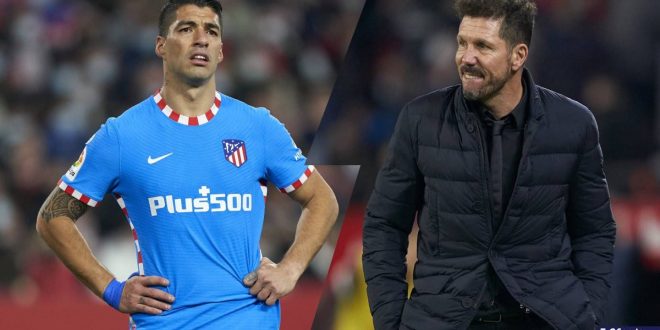 Suarez to Simeone: You idiot, it’s always the same

The Andalusian team achieved a precious victory over its guest, Atletico Madrid, 2-1, in the match that brought them together at “Ramon Sanchez Juan”, in the 17th round of the League.

The expert Uruguayan striker Luis Suarez stirred up the atmosphere within the Atletico Madrid team, by being substituted in the second half

The former Barcelona striker was replaced half an hour before the end, as he appeared negative during the match and continued his string of poor performances.

When he left the match, the cameras spotted Luis Suarez’s anger, and he was waving his hand and uttering some offensive phrases against team coach Simeone.

According to what was published by the Spanish press, Suarez used to say: “Always…always the same! Why me.” “You idiot,”

Fans are waiting for Diego Simeone’s reaction to Luis Suarez’s behavior, and whether this will affect his appearance in the Atleti squad in the upcoming matches.