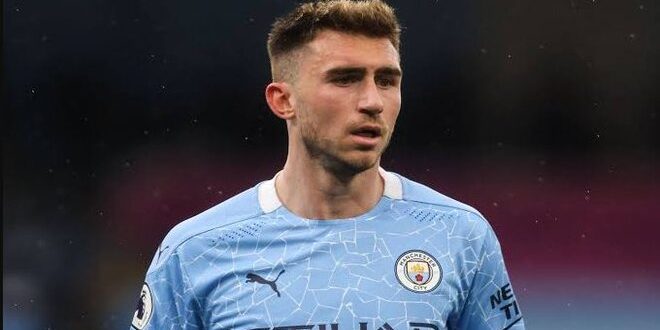 The current period is witnessing clear cooperation between Barcelona and Manchester City, and this was evident in the negotiations of Ferran Torres’s joining the Blaugrana deal.

On the whole, the relations between Barcelona and the Sky Blue club are very good from an administrative point of view, and have facilitated a lot of negotiations between them over Torres, and may cause another huge blow in the Mercato Winter.

And the Etihad Stadium star moved to the Camp Nou for 55 million euros, and despite the suffering in his chain, Barcelona is now looking for defensive support, and Manchester City is his destination in that.

According to El Nacional, Barcelona wants to sign Aymeric Laporte to support its meager defenses, and City initially does not mind the idea.

But this time, the management of the English club wants to obtain in return either a large financial consideration, or the signature of one of the most important Barcelona players, Frenkie de Jong, so that the deal is then completed in a reciprocal form.

The newspaper pointed out that the idea of ​​the exchange attracts a lot of Pep Guardiola, who is returning from a big fan of De Jong, and who is not living his best days in Barcelona recently.

At the same time, De Jong shows the biggest obstacle to completing this exchange if an agreement is reached between the two clubs, and the reason for this is his desire to continue at the Camp Nou.

Despite this, De Jong believes his future is in Barcelona and not at any other club, although the idea of ​​playing with Guardiola is generally tempting.

So, if Barcelona wanted to sign Laporte, he would have the option to pay the money, which is currently practically impossible in light of the current economic crisis.

The desire now remains to get rid of the French duo, and to bring Laporte to join the brilliant Ronaldo Araujo, and Eric Garcia and Oscar Mingueza on the bench.

Laporte has long experience in Spanish stadiums after his brilliance with Athletic Bilbao previously, which makes him a very tempting target for Barca.

Moreover, the 27-year-old defender has practically been left out of Pep Guardiola’s accounts in the recent period and will most likely leave next summer.