Today, after Barcelona's second setback, transfers, news and the last minute of the Camp Nou 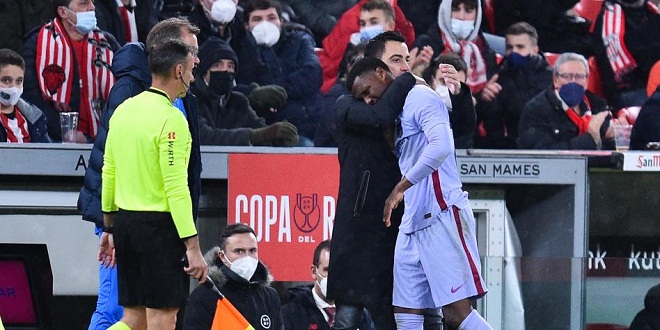 Follow all the news of the club’s transfer market, the latest news from Barcelona and everything that happens on the team’s daily schedule.

Not all was bad yesterday in San Mamés. Despite the Blaugrana’s elimination and the poor image presented, two players left glimpses of what they could have and contribute to as they piled the minutes up their legs.

Newcomer Ferran Torres debuted as a top scorer in the 20th minute with a superb goal that tied the match. For his part, Pedri was Xavi’s best man, covering a large ground, playing and scoring the goal, in the extreme, resulting in extra time.

The cup exit wasn’t the only bad news for Xavi Hernandez’s men that day. Ansu Fati was left injured when he was barely on the field for half an hour and everything indicates that he will be out for about two months.

The striker fought for a ball split with Inigo Martinez and noticed a muscle tingling in the back of his left thigh. From the first moment Ansu already knew what was coming and could not hide his tears as he left the field and Xavi Hernandez wanted to console him, realizing that he would not be able to help the team for a while.

Barcelona continues to break negative records. In the same season that he was knocked out of the Champions League group after 21 years, he also said goodbye to the King’s Cup in the Round of 16, something that hasn’t happened in 12 years.

In addition, since 2015, the last time Barcelona fell in a cup match against Athletic was also in 2020. It was at the same stage, in San Mamés.